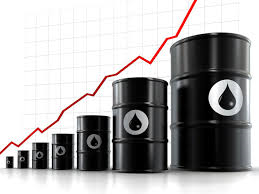 Many of you may want to invest in the oil market, betting that the price of oil will either go up or down. It would seem that the most logical thing to do is either buy the United States Oil Fund (USO)  ETF (buy to go long or short the ETF to bet oil goes down). This ETF tracks West Texas Intermediate oil (WTI), and is down about 16% year-to-date after falling about 45.5% last year.

One problem with this strategy is that you may think that the USO, or the similar OIL ETF’s actually owns the oil in the ETF. For example, most stock ETF’s like the SPY actually own the stocks in the ETF. USO doesn’t actually own any oil as such. Furthermore there are fundamental issues with holding these types of ETF’s for long term investors.

Let me explain. The USO ETF buys “near month” crude oil futures contracts on the NYMEX. Today the near month is the May 15 WTI contract, for which they own 61,041 contracts.

The problem, as any Futures Trader will tell you, is that every month you need to settle up (sell) your position and in the case of USO “roll” into a new position (buy new contract). A monthly futures contract expires at the end of that month. Each time they do this there are both fees involved along with the fact that they are buying high and selling low during the cycle. This is not a great situation for a “buy and hold” type of investor. This USO ETF is a great short-term “trading” stock with plenty of liquidity (daily volume). Their  ETF expense ratios are well above other equity-based energy ETF’s. For example, USO charges 0.45% per year while OIL charges 0.75%.

“Those costs accrue with each passing month. The United States Oil fund saw comparable demand from investors in February 2009, the last time oil prices imploded. From there, spot crude more than tripled from $34 a barrel in about two years. Yet, investors holding the fund captured only about a third of that,” according to Barron’s.  To further complicate the situation, USO has added over $2 billion in new money this year and most of it “shorting” the fund, rather than going “long” in an inverse oil ETF. These huge short positions make the ETF even more volatile.

As Barron’s also reports, “As more people get into oil ETFs, new investors should understand the potential risks of trading futures-backed funds. Specifically, oil traders should be aware that USO tracks front-month WTI future contracts and the underlying oil market is currently in a state of contango. Consequently, USO could experience a negative roll yield when rolling a maturing futures contract.”

I have no idea whether the price of oil is going up or down in the next few months, but I do believe that this time next year both XLE and OIL will be much higher and their lower prices have already enhanced their now respectable dividends (as compared to bonds and US Treasuries.)

Disclosure, I am long XLE,and KMI.