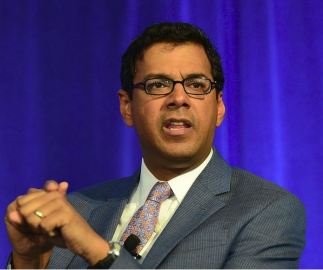 Meet Dr. Atul Gawande, a highly experienced surgeon, writer and Harvard professor, who starts this week as the CEO of a new health-care initiative formed by Amazon, Berkshire Hathaway  and JPMorgan Chase.

So why do I like Dr. Gawande? Well he wrote one of the very best books I ever read, The Checklist Manifesto: How to Get Things Right.  I have already written on how this book influenced me and Boeing, check out that story here. Over the years I bought copies of this book for dozens of my employees, friends and customers. It will truly change your life, and it’s an easy read!

As I read the announcement of Dr. Gawande, I just know he’ll be successful in his new endeavor. I’ll bet that over time he will revolutionize the way Amazon, Berkshire Hathaway and JPMorgan implement healthcare in their businesses.

“We said at the outset that the degree of difficulty is high and success is going to require an expert’s knowledge, a beginner’s mind, and a long-term orientation,” Amazon Chief Executive Jeff Bezos said in the press release. “Atul embodies all three, and we’re starting strong as we move forward in this challenging and worthwhile endeavor.”

Atul is also well known for a 2009 New Yorker magazine article, “The Cost Conundrum,” that found excessive care was being used in a Texas town, on Medicare’s dime. It’s one of the most influential magazine article of the past decade on the topic of Medicare. Not only was it shocking but Gawande reported, years later that costs had dramatically dropped in the town, saving taxpayers about half a billion dollars! The story goes that Charlie Munger from Berkshire sent $20,000 to him via The New Yorker since he was so impressed by the article. Dr. Gawande donated the money to a charity.